When you think of a robot vacuum cleaner, a Roomba is what most likely comes to mind first.

Even if this is the first time you have ever looked into a robot vacuum cleaner, you have almost definitely heard of a Roomba.

The Roborock robot vacuum cleaner may not be as famous but that doesn’t mean you should ignore it and go straight for a Roomba.

So, what is the difference between a Roomba and a Roborock? This is quite a big question as both have a wide range of different versions.

But don’t worry, we’ve put together a guide to all the great features so that you can find the perfect robot vacuum. 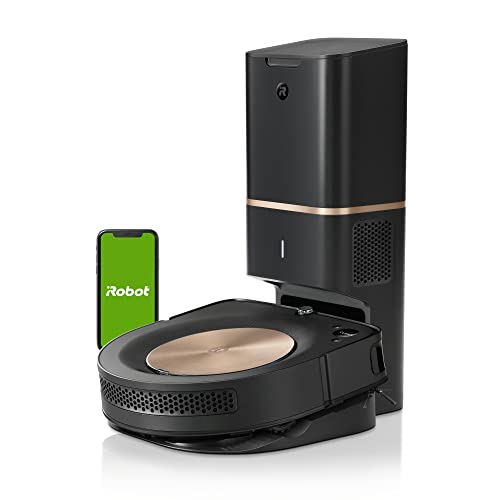 Let’s get down to basics, first of all. What are the standard features that make Roborocks and Roombas different?

Roomba has been around a lot longer than Roborock. Roomba was founded in 1990 and Roborock in 2014. So it will come as no surprise that there have been many more Roomba models available. But, due to the nature of the tech world, there aren’t a huge number available. So, in terms of choice, there isn’t much difference between the Roborock and the Roomba.

Currently, there are 10 different Roborock models available. These are split into the S Series and the E Series.

Roomba also currently has 10 models available. But they have a higher number of series so there is more to choose from. Roombas are split into the S Series, i Series, 900 Series, E Series, and 600 Series.

So, what exactly are the differences between these models?

One of the main features of Roborock vacuum cleaners is their ability to not only vacuum but to mop as well. This is a great feature as it is essentially a 2-in-1 tool.

Mopping floors is an arduous task, even more so than vacuuming. Although this is the USP of Roborocks, there are still some Roombas that can also mop. All but one of the Roborock models can mop. So, it’s a great feature. But isn’t as amazing and unique as they might make it seem.

The shape of both Roborocks and Roombas are very similar. There isn’t a huge differentiation between the two styles. Most of the focus of both brands has been on technical and cleaning innovation.

As is to be expected of anything robotic, both the Roomba and Roborock are very technically adept.

They are both top of the range high-tech pieces of equipment. You might assume, due to its age and popularity, that Roombas are the more technically advanced. But this isn’t necessarily the case.

Both Roomba and Roborock use cameras to navigate. This is fine but perhaps a little lacking in technical innovation. Using a camera might seem like the most obvious way to track movement but there are more advanced options.

That said, the cameras themselves are as high-tech as they can be. For example, the most recent Roborock release, the S6 MaxV, has twin cameras. These are used to judge distance.

The most important feature of any vacuum cleaner, whether it has impressive robotic technology or not, is the cleaning power. The cleaning power should be considered as the suction power, max cleaning time, max surface area, and dustbin capacity combined.

CLEAN mode is the most standard option. It can be controlled through the app or by pressing the very obvious CLEAN button on top of the device.

The Spot Cleaning Mode allows you to tell the Roomba to stay in one spot and clean. This doesn’t mean they won’t move at all. But they will rotate in one space (around 3ft in diameter) and then return to their starting position.

As can be seen in the table above, all Roborock vacuum cleaners have a suction power of 2,000pa. This is a really great strength and the consistency across all devices is very useful.

The Recharge and Resume features on both the Roborock and are very useful. They aren’t exactly the same technology. But both allow for even greater efficiency.

It means that, if the device is in the middle of cleaning when the charge runs out, it will return to the charging station. It will then charge itself and return to the spot.

Roborock and Roomba models are both very user friendly. It can be easy to be put off by any product with the word “robotic” in the name.

This will either give the buyer excitement over the technological abilities or will make them feel overwhelmed. It can be easy to assume that anything robotic will be overly complicated and require a Computer Science degree to control.

But that absolutely isn’t the case for any Roborock or Roomba device. Both are controllable through physical buttons and a smartphone app. They can also be connected to an Alexa or Google Assistant device and controlled through voice commands.

So you can connect your digital assistant to your robot. This sounds almost ridiculously futuristic. But it’s all actually very simple. You can control either a Roborock or a Roomba with the touch of just a few buttons.

Or by simply speaking to your digital assistant. You can vacuum without ever having to leave your couch.

Although Roombas cannot be described as cheap, they do have some basic and affordable options. The same cannot be said for Roborock.

Roborock prices are, generally, around the same as Roomba prices. But they do not have the same affordable options available.

It’s difficult to choose an overall superior product between these two brands. Both Roborock and Roomba devices are very similar.

The shape and overall capabilities of Roborocks and Roombas are similar and they have very similar functions.

The main differences can be seen in suction power and charging times. The charging times for some Roborock devices are incredibly long.

However, these can be balanced out by the large areas that each device can clean.

It is difficult to choose a superior between these two brands. But, when the range available from Roomba is considered, they can generally be considered the best option.

There are a lot more diverse products to choose from.