A Roomba is the kind of technology which just a few years ago you would expect to see only in Sci-Fi films. They are excellent devices that take the stress and the effort out of vacuuming.

Rather than having to dedicate an hour of your weekend to trying to vacuum your home. You can just let the Roomba do its thing and clean any space whenever it’s needed.

Roombas have become incredibly popular over the past few years. They have definitely become the best-known robot vacuum cleaner.

Even if you have only recently decided to look into a robot vacuum cleaner, you have almost certainly heard of a Roomba before.

In fact, you’re probably surprised that there are other robot vacuum cleaners available. That’s how great a Roomba is.

It might seem like something small but it’s definitely going to make a difference to your weekend.

But which is the best to get? Like any modern technology, there are a huge number of versions available. And they are regularly updated.

The Roomba 675 and Roomba 690 are two popular but similar devices. But what’s the difference? 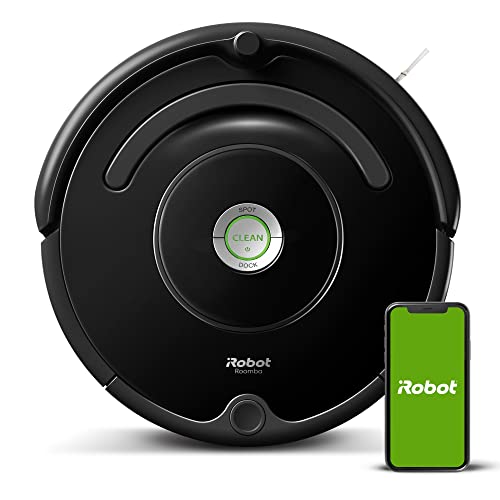 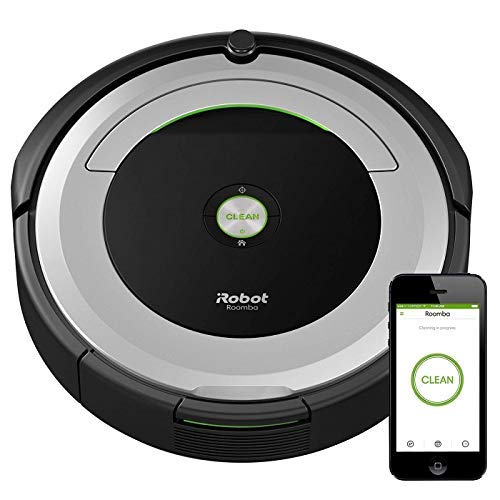 First of all, let’s get down to the basics. Before we get into which Roomba can do what the best. Let’s have a look at the specifications.

So, if you have a small space then you might want to consider the more compact Roomba 675. But, you might have a lot that needs cleaning up.

If you have children or pets that make a lot of mess, then you might need something a little more heavy-duty.

There is a lot to balance out in terms of capabilities with these two Roombas.

The 690 is undoubtedly bigger and has a larger dustbin capacity as a result. This means that it won’t need to be emptied as often. But there is no difference between the overall suction power, wattage, or run time of either Roomba.

It would generally be assumed that the bigger the Roomba, the more powerful it is. But that isn’t necessarily the case.

The Roomba 690 is older than the 675. So the 675 could be seen as simply a smaller version of the 690. If you want something that has a high suction power then both are very good options. Both the 675 and 690 have stronger suction powers than most other robot vacuum cleaners.

Both the Roomba 690 and Roomba 675 have the same run time. So the main difference, then, is dustbin capacity and overall size.

If, as mentioned above, you have a home that is often messy, this is likely because you are often busy. So a Roomba that doesn’t need emptying very often could be ideal.

But, due to the size, it could get in the way. Both can be controlled and have docking stations for charging and storage. But the Roomba 690 might end up getting under your feet (literally).

As can be expected from robot vacuum cleaners, both the Roomba 690 and the Roomba 675 have impressive technical abilities.

Both can be controlled through a smartphone app. This is one of the most popular features of Roombas in general. They can be easily controlled with a few taps on your phone.

They can also be controlled through the use of an Amazon Alexa or the Google Voice Assistant. These are both great and will take even more of the effort out of vacuuming. You will be able to clean your home without moving a finger.

If this is a large part of the appeal of a Roomba for you, then you may still be struggling with choosing. So what other technical differences are there between the Roomba 690 and the Roomba 675? Well, one thing to consider is the Dual Mode Virtual Wall Barrier.

The Roomba 690, with its increased size, has more space for technical additions. One of these is a Dual Mode Virtual Wall Barrier. This allows the user greater control over the Roomba. The Wall Barrier, as you might have guessed from the name, stops the Roomba 690 from hitting the wall.

As it makes it aware of where the walls are, it also allows you to keep it in one room. This means you can keep track of the Roomba.

It also means that it won’t become stuck or knock things over, such as furniture or pet food bowls. This is a great feature and explains the higher price a little more.

But it is possible to buy a Dual Mode Virtual Wall Barrier separately. It is an affordable addition and the Roomba 675 would still be cheaper with this extra cost added.

The Roomba 675 and Roomba 690 are both very easy to use. They can be controlled through a Smartphone app, an Alexa, or a Google Assistant.

They have very similar designs and have one large central “CLEAN” button in the middle. With two buttons either side, one to turn on the spot clean and the other to send it back to its docking station.

Once you have downloaded the app and/or connected either the Roomba 675 or Roomba 690 to your Alexa or Google Assistant, you’re ready to go.

These features are standard for Roombas. They are also expected of most, if not all, robot cleaners. They are almost essential to the “robot” aspect.

Both the Roomba 675 and Roomba 690 are very easy to use. You might see the word “robot” and assume that Roombas are extremely high-tech and complicated devices. They are, of course, technologically advanced. But they are also very simple to use.

Controlling a Roomba will be no more complicated than controlling your washing machine. They just have the added ability to be controlled through a Smartphone app. This will make them even easier (and more fun) to use.

One aspect that many people comment on but isn’t generally considered is that Roombas are quite good fun. They are also quite satisfying to use.

Being able to pick up your phone and tell your Roomba to clean the room is great. A vacuum cleaner might not seem like the most exciting gadget. But they are actually pretty good toys.

One very important factor that we have yet to mention is, of course, the cost.

Currently, the Roomba 675 is the cheaper option. And it is cheaper by quite a lot. For some people, this might be the final consideration. But there are still a few things to think about.

The Roomba 690 might be quite a lot bigger which will explain its higher cost. But the Roomba 675 can do more.

It’s a difficult decision as the cost can be explained but the differences between the Roomba 675 and Roomba 690 aren’t that major.

The Roomba 690 is a bigger device which is going to cost more to make. So the price difference is understandable. But, overall, the Roomba 675 can cover more space at 1615 square feet. with the same suction power and charge as the Roomba 690 which covers 1292 square feet.

And it is a lot cheaper. So it’s difficult to make an argument that the Roomba 690 is better value for money.

Overall, the Roomba 675 just about surpasses the Roomba 690. Both are great options and it’s a very close call.

But the ability of the Roomba 675 to cover a great surface area in a shorter period of time and with the same suction power just makes it that much better.

One of the main ways that the Roomba 690 could be considered better than the Roomba 675 is that the dustbin has a much larger capacity. But this is predominantly only because it is bigger in general.

The other difference is that the Roomba 690 has a Dual Mode Virtual Wall Barrier. This is great and means you won’t have to buy one separately. But it still doesn’t quite bring it above the Roomba 675.

The Roomba 675 can do more than the Roomba 690 but with the same amount of charge, the same strength, and it takes up less space.